Originally posted on July 13th, 2018 by Rick Moriarty for syracuse.com

Elbridge, N.Y. — A maker of electronic cables, wires and assemblies plans to break ground this fall on an expansion it says will double its workforce.

Northeastern Electronics Co. officials said they are planning to begin construction on a $2.5 million, 18,000-square-foot addition to the company’s manufacturing facility in October or November. They said they expect to have the addition up and running by the end of the first quarter of 2019.

The company currently has 25,000 square feet of space in two buildings at the factory at its factory at 102 Route 5 West in Elbridge. The addition will be built within a 20-acre tract the company owns to the east of its parking lot.

Stephen and Brent Peltz, whose father, Steven, founded the company in 1982, said the company will be hiring an additional 50 assemblers, engineers and other personnel. It currently employs 50.

Stephen Peltz is the company’s business development manager and Brent Peltz is and account executive and territory manager. They said their father, who is semi-retired and serves as an adviser to the company, is in the process of transferring ownership to them.

They said revenue grew 40 percent in 2017 and is on track to grow 100 percent to approximately $10 million this year.

Helping to drive the growth is a fiber optic cable division the company started two years ago. Fiber optic cables are made from glass fibers, which are thinner than human hair and weigh much less than copper cables. They are increasingly in demand from military and commercial customers because of the weight savings, especially in aircraft.

Brent Peltz said the company’s reputation for quality is also setting it apart from the competition. Every cable the company makes is tested before it is shipped to the customer, he said.

Northeastern Electronics’ products are used in computers telephones, data centers, robotics, aircraft and other products. Half of its sales are to the military and half are to commercial customers, which include IBM, Toshiba, Carrier and Kuboto.

The company has also invested heavily in tools and technology, allowing it to quickly respond to customer’s needs, an advantage that gives it an edge in winning contracts, the Peltzes said.

Marcus Mindell, a business development manager for the company, said its small size also is an advantage. 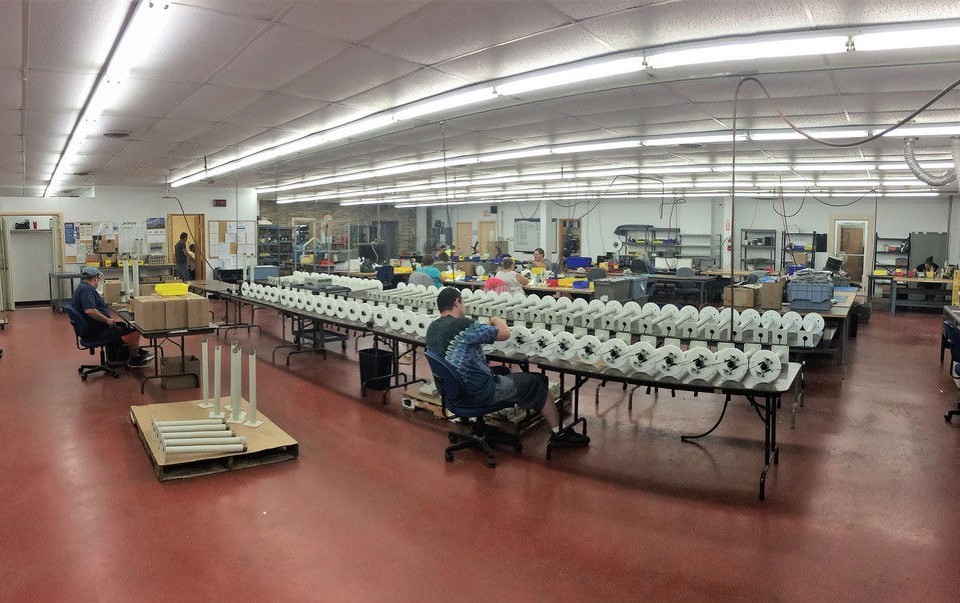 Originally posted on August 21st, 2009 by Kevin Tampone for The Business Journal – Central New York A manufacturer in Elbridge plans to add about…

Sales have Grown at Northeastern Electronics Co., so Payroll has too Originally posted on August 14th, 2009 by Tim Knauss for syracuse.com A small Elbridge…

Wired for Success and Growth